Kidney with lower pole simple cysts - is it an absolute contraindication for renal biopsy? 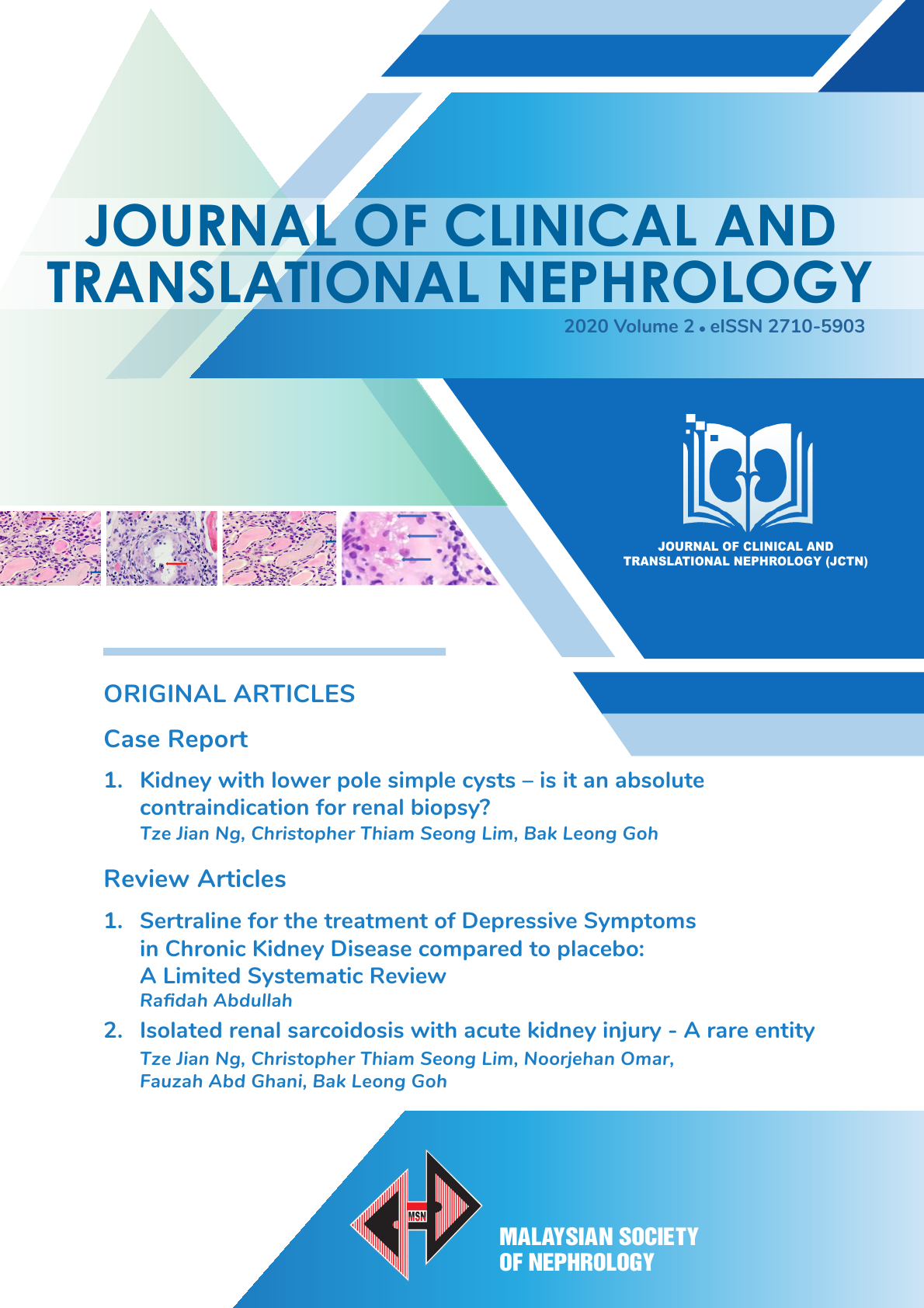 A percutaneous renal biopsy is an essential tool for diagnosis, prognosis, and choice of treatment for primary and secondary renal disease, as well as transplant kidney. It is a core procedure of nephrologists done under ultrasound-guided. The lower pole of the left kidney is our usual approach as the risk of injury to the major vessels will be very minimal. However, the presence of renal cyst at the lower pole of the kidney may increase the difficulty of renal biopsy as there is the possibility of puncturing the renal cyst during the procedure causing unstoppable bleeding. Here we present two case reports in which we were able to do percutaneous renal biopsy under ultrasound-guided for patients with simple renal cysts at the lower pole of the kidney without causing any significant complication. In the hand of expert personnel, a lower pole cyst can be avoided under ultrasound-guided biopsy.